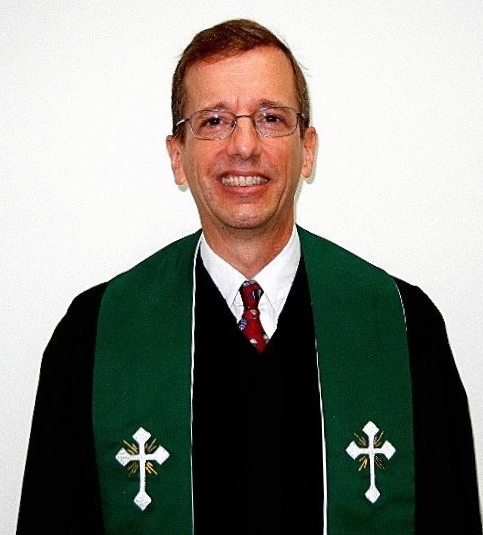 * Rev. Heyward (Will) was born into a family of faith. His dad was a Presbyterian minister in North Carolina and his mother was active in the church as a Sunday school teacher and choir member. Will moved to Florida when he was two years old and grew up during the Apollo Space Program. He recalls watching the rocket launches on television and then running outside, looking east and watching the bright light of the rockets disappear over the horizon. "Everyone wanted to be astronauts," he remembers.

* The spirit of exploration was also nurtured by his experience in the church, which started a Youth Club (now Logos) in 1970 when he was in the third grade. Further, the church started an informal worship service that emphasized drama and the arts. Will sang hymns from the Avery and Marsh songbook and participated in youth choirs such that he loooked forward to worship as much as he did the Youth Club.

* During college, Will was a camp counselor for five summers at Cedarkirk, the Presbyterian Camp and Conference Center in the area. At Cedarkirk, he learned to articulate his faith in Christ. He also began to learn how to extend the hospitality of Christ that he received as a child to others. Will also received his call to ministry during this time.

Will served two years at the Denbigh Presbyterian Church in Newport News, VA as an associate paster, and then had the opportunity to return to Cedarkirk where he served as a camp director for three years.

In 1993, Will accepted the call to be the pastor of the Smyrna Presbyterian Church in Waynesboro, VA.

After 19 years of service, Will felt the call to expand his ministry by coming to the Mount Jefferson Presbyterian Church.

Will and Lori have two children; son Daniel, 21 is a rising senior at UNC, and daughter, Jennifer, 18 is entering her freshman year also t UNC.

Lori is a recreation therapist at Western State Hospital in Staunton, VA and was raised in nearby Banner Elk, NC.

Lori and Will love to hike. He enjoys woodworking and plays the guitar.

Will hasn't exactly given up on his childhood dream to become an astronaut, but remains content to live all of life as a journey of exploration.